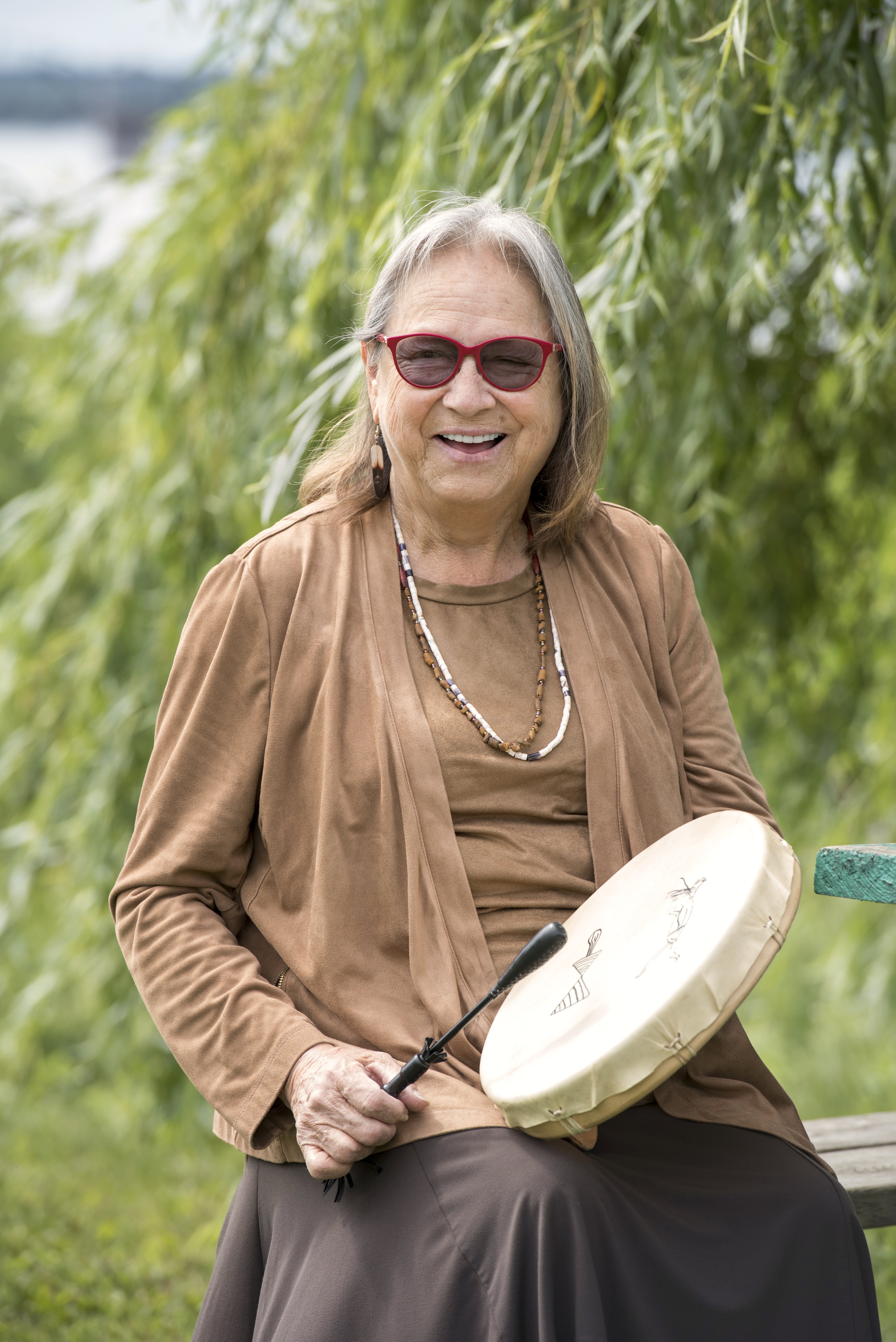 Maggie Paul is an Indigenous Passamaquoddy elder, teacher and song carrier who has travelled around the world to share Wolastoqey/Maliseet and Passamaquoddy culture. Known for her voice, Maggie has recorded two albums — capturing the traditional songs of the Passamaquoddy and Wolastoqiyik/Maliseet people.

A leader in the community, Maggie uses song to mentor young people who are looking to find their voice — like Polaris Prize winner Jeremy Dutcher. Work on the multi-award-winning album began when Maggie suggested he listen to century-old wax cylinders of Wolastoq songs, housed in the archives of the Canadian Museum of History. In 2018, when Dutcher accepted the Polaris Prize for his album Wolastoqiyik Lintuwakonawa, he thanked Maggie for encouraging him to study the songs of his community.

Born in Maine, Maggie has raised six children and lived most of her adult life on the Wolastoqey/Maliseet St. Mary’s First Nation in Fredericton. Her contribution and dedication to song has inspired a new generation of singers to maintain their culture. A true inspiration to people through song, Paul is also an invaluable supporter of those in her community who are struggling.